How Does a Novice Investor Distinguish Tell a Reliable Broker from a Fraudulent One?

Can You Be Fired for Filing a Workers’ Compensation Claim?

Interference with Disability Rights under the ADA

In Hong Kong, cryptocurrency is considered as a virtua commodity, and is not legal tender meaning that a cryptocurrency cannot be used as a medium of payment. It is therefore not regulated by the Hong Kong Monetary Authority or the Securities and Futures Commission (“SFC”). Trading activities are regulated by the Customs and Excise Department instead.

As a result, there have also

been an increasing number of fundraising mechanisms by way of an initial coin offering (“ICO”) in Hong Kong whereby a project operator issues digital “tokens” or “coins” to fund a particular blockchain-related project (e.g. to develop a new blockchain business platform) in exchange for a widely-used cryptocurrency (such as Bitcoin or Ether) or cash. Usually, the project operator of the ICO will set out the business proposal including the token holder’s rights in a “white paper” published online. Some tokens or coins derived from ICO are very similar to a security under Hong Kong laws.

A key legal issue concerning cryptocurrencies is whether they are regarded as securities and thus subject to an extensive regulatory regime. “Securities” is defined in Schedule 1 of Securities and Futures Ordinance (Cap 571) (“SFO”) and includes inter alia :-

(a) shares, stocks, debentures, loan stocks, funds, bonds or notes of, or issued by, a body;

(b) rights, options or interests (whether described as units or otherwise) in, or in respect of shares, stocks, debentures, etc.

(c) certificates of interest or participation in, temporary or interim certificates for, receipts for, or warrants to subscribe for or purchase, shares, stocks and debentures, etc.

On 5 September 2017, the SFC issued a statement on ICOs, and mentioned that whilst digital tokens offered in typical ICOs are usually characterized as a “virtual commodity”, digital tokens may also be a form of “securities” as defined in the SFO, and subject to the securities laws of Hong Kong, depending on the facts and circumstances of the ICO.

السابق Wage and Hour Laws for Commissioned Employees
التالي How Does a Novice Investor Distinguish Tell a Reliable Broker from a Fraudulent One?

For the variety of 401(k), pensions and other retirement income, the government has given those …

This site uses Akismet to reduce spam. Learn how your comment data is processed. 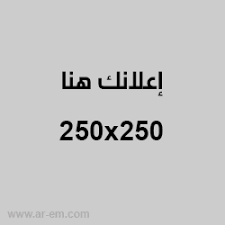